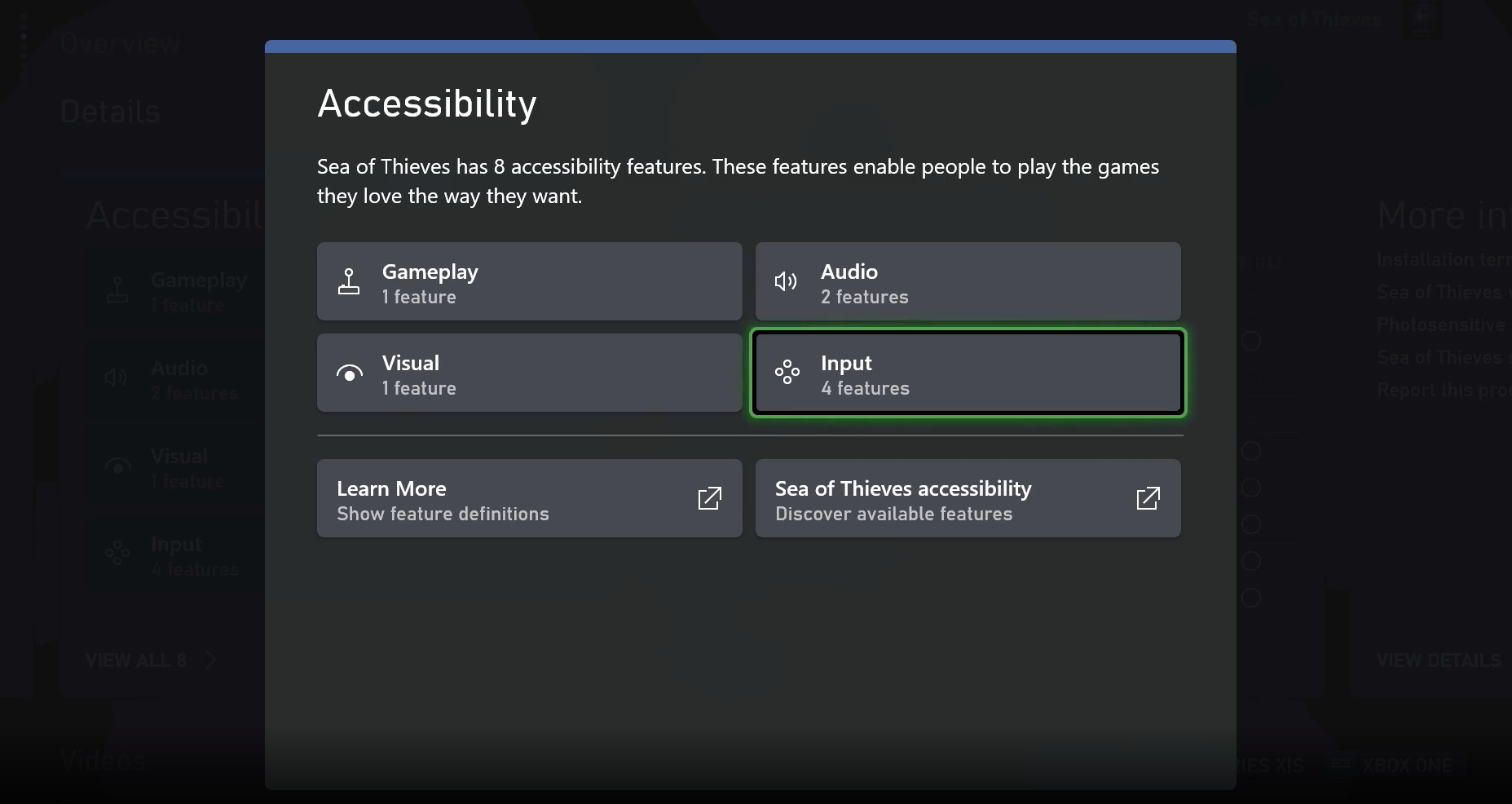 If you’ve ever been browsing through the library of games available to you on Xbox Game Pass, or searching for something to buy on the Xbox Games Store, and wondered what the subtitle options would be before purchasing only to find there’s no way of discovering that sort of information, Microsoft hears you.

Xbox director of accessibility Anita Mortaloni has announced that Xbox is in the process of adding accessibility tags to its digital store. The aim of the new tags is to allow players with disabilities will to more simply and clearly know if a game has settings that make it possible for them to know which games they can play.

In a post over on Xbox Wire, Mortaloni kicked off a month-long celebration of accesible gaming over at Xbox with the news that the new ‘Accessibility’ tab in the Store’s Details section will be coming soon.

“For years, the number one question we receive from the Gaming & Disability community is “how do I know which games I can play?”” says Mortaloni in the post. “It’s an important question because it can be difficult for gamers to know before they purchase a game if it has the accessibility features they need.”

As such, accessibility feature tags (formerly known as accessibility metadata tags) are coming to the Microsoft Store on Xbox, which will display the accessibility features available in each game so you can make informed decisions before you buy or download. These 20 labels show you whether accesible features like Narrated Game Menus, Subtitle options, Input Remapping, Full keyboard support, and Single Stick Gameplay will appear in a game.

It sounds like a small thing, but having this information to hand right in the store – without having to go get details from Google or download the game first – is a time-saver and incredibly helpful for people with disabilities.

“We know that beyond these 20 accessibility features that there are other features our community would like to see indicated on games,” Mortaloni continues. “In the future, we hope to add more tags, while ensuring we don’t add so many tags that it becomes confusing. The game accessibility feature tags will also be available on Xbox.com, the Xbox app on PC, and Xbox Game Pass apps in the coming months.”