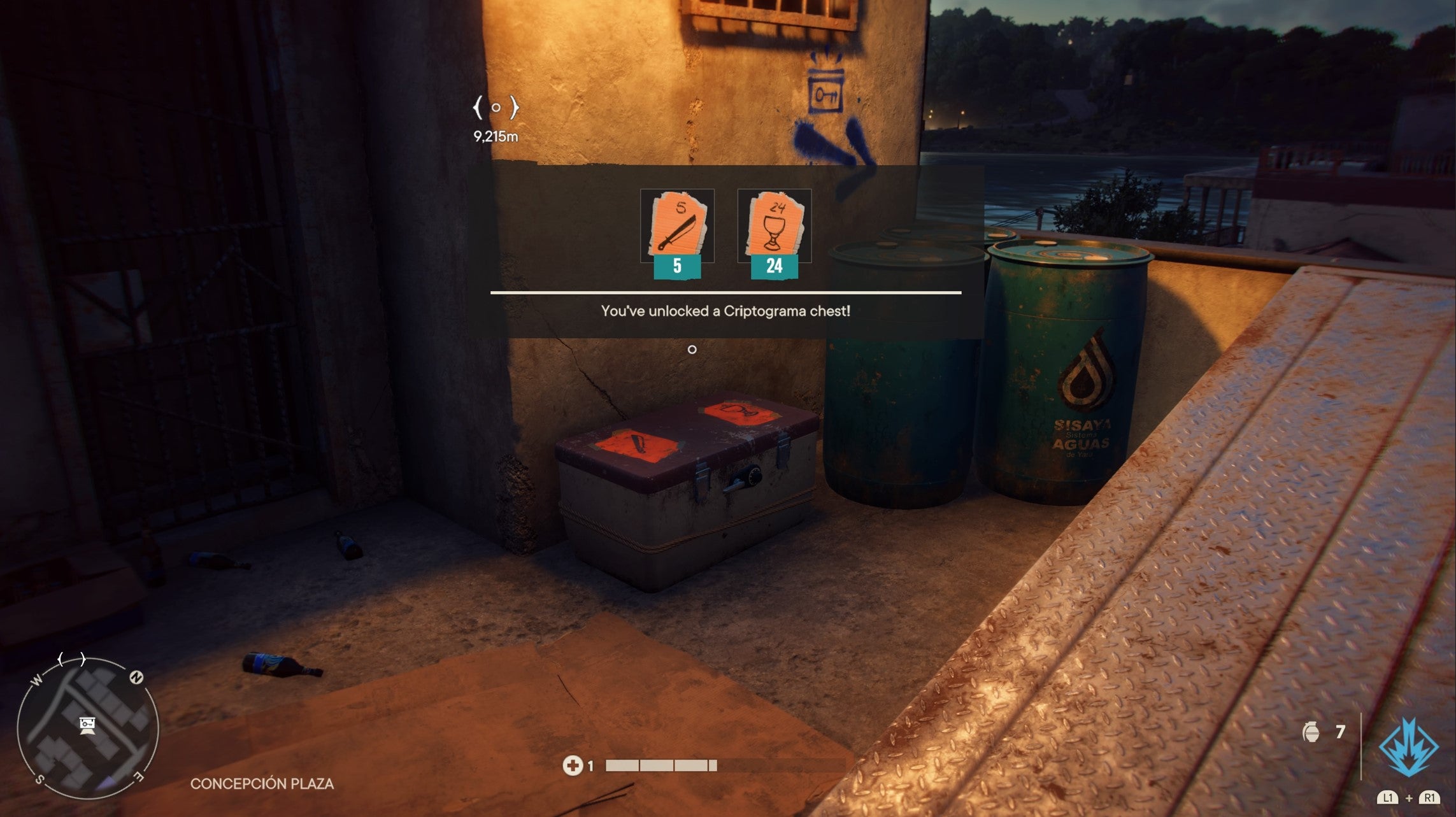 You’ll need two unique items to open each chest, and it takes a fair bit of effort to get all the Criptograma chests scattered across Yara.

Criptograma chests require two Criptograma charts to unlock, and the charts are almost always close to the chests. You’ll find blue arrows, similar to the guerilla path markers, leading you to a chart in most cases. A small chiming sound plays when you’re nearby, and the chart itself is often pinned to a wall or a tree.

Head back to the Criptograma chest with charts in hand, and you can open them to get what’s inside. Whether it’s worth the trouble is up to you.

Yara has 15 Criptograma chests scattered across its main regions and one in Isla Santuario. Each contains one piece of a specific gear set, and opening them all earns you the Hazmat MK II, Fuego MK II, and Rioter MK II sets.

Criptograma chests are just one of Far Cry 6‘s more puzzling elements. Finding Industrial Circuits and other rare materials such as uraniuam is a puzzle in itself, and the Rising Tide treasure hunt and finding every amigo are tricky enough to stump any guerilla.