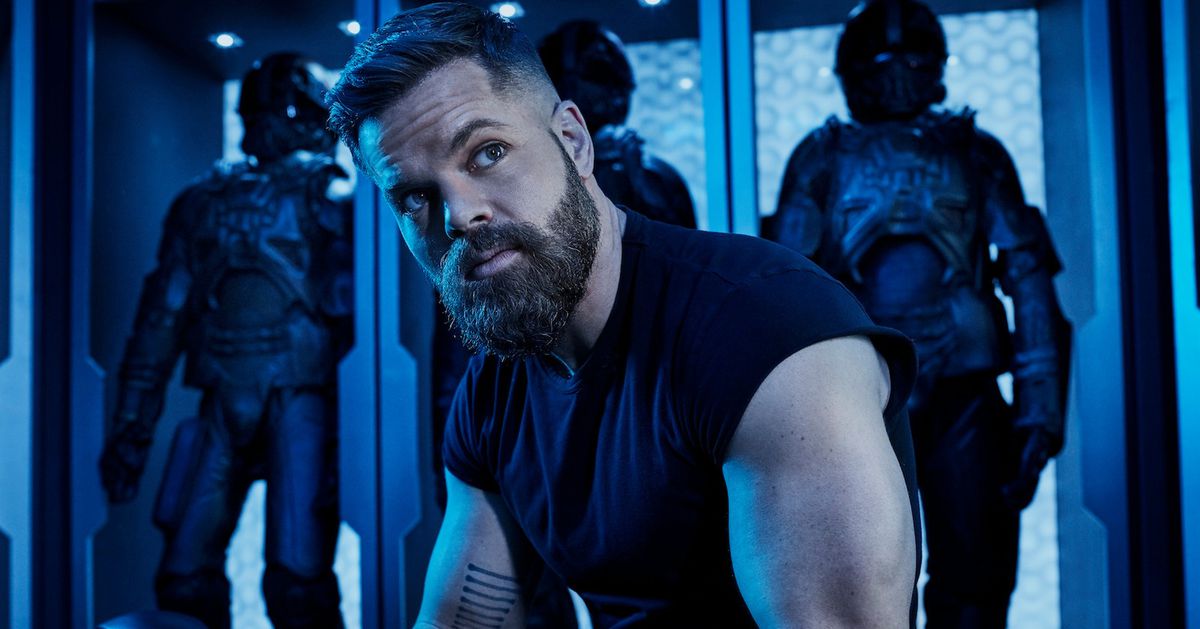 The Expanse is hitting the gas for its final six episodes


Season six of Amazon’s The Expanse will be only six episodes, significantly shorter than the previous 10- or 13-episode runs, but it will still wrap up the series by adapting the sixth Expanse novel, Babylon’s Ashes, and the novella Strange Dogs.

“Six episodes to do this much material is difficult,” said showrunner Naren Shankar during a New York Comic Con panel with members of the cast. “What it does give you is intensity. Every episode feels as intense as it could possibly be. You never feel like you’re letting your foot off the gas pedal. By the time you get to the end, it feels cathartic.”

Ty Franck and Daniel Abraham, who co-wrote the Expanse novels under the pen name James S. A. Corey, said that the show still does their work justice, in part because some material from the sixth book appeared in season five.

“We had to write every script so there was no fat in it,” Franck said. “There was no extra. We had to tell the story we were here to tell.”

That story starts with the solar system and the crew of the Rocinante in turmoil following the devastating attacks on Earth by the Belter leader Marco Inaros (Keon Alexander) and the death of the ship’s pilot Alex Kamal (Cas Anvar).

“Morale is really low when we start season six,” said Steven Strait, who plays the Rocinante’s captain James Holden. “The war has dragged on. There’s a sense that we haven’t gotten anywhere. We haven’t broken through in a way where our efforts feel like they meant something.”

One of the ways the crew is tested is the addition of Clarissa Mao aka Peaches (Nadine Nicole), a violent criminal looking for redemption brought on board by ship mechanic and muscle Amos Burton (Wes Chatham), who sees her as a sort of kindred spirit.

“Amos has always sought out these mentors that he’s believed in to make moral choices and give him guidance in life, but he has grown to the point that he’s become that to Peaches,” Chatham said. “Now that he has someone who’s looking to him and leading her in a way, he’s starting to think about what their mission is. He believes in Holden with all of his heart, but he’s starting to question what is motivating Holden and why we are involved in these massive big movements in history.”

Those questions will also lead to a reexamination of his relationship with Holden’s second-in-command and lover Naomi (Dominique Tipper), who is suffering from PTSD after failing to persuade her son Filip Inaros (Jasai Chase Owens) to abandon his father’s extreme tactics.

“It was so juicy to play these scenes where Amos and Naomi are just not OK with each other,” Tipper said. “She’s lashing out at everyone in her close proximity. That’s what you do when you’re devastated.”

Season six will continue the show’s focus on geopolitical intrigue with real-world parallels. United Nations leader Chrisjen Avasarala (Shohreh Aghdashloo) will be uniting allies and former enemies against Marcos, while Belter captain Camina Drummer (Cara Gee) sees her family divided based on their feelings about Marcos.

“When we look at the people in the series that rise to power, whether it’s Marcos or Avasarala, there is this violent colonialism,” Gee said. “‘I’m going to take this and I’m going to make it what I want to be’ as opposed to valuing the humanity of every person in all the factions across the universe. It’s an interesting examination of power.”

Shankar said he got emotional when watching the final episode directed by Breck Eisner, which at nearly 65 minutes will be almost 50% longer than a typical episode.

The final season of The Expanse will premiere on Dec. 10, with new episodes releasing weekly on Fridays.

The Bruised trailer is Halle Berry’s MMA answer to Rocky