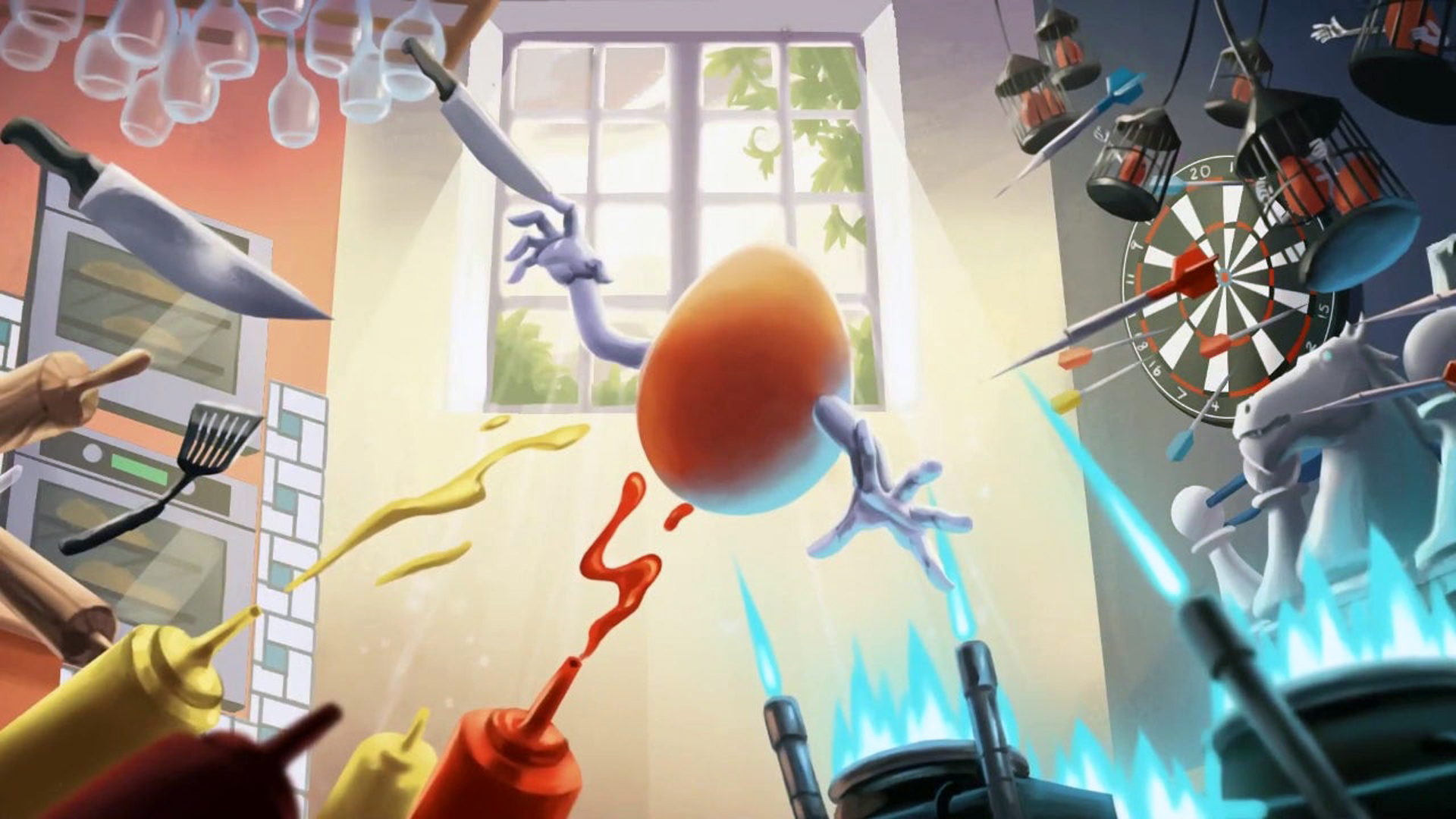 Yolked is Getting Over It meets I Am Bread with eggs


A new physics-based platformer is coming to Steam Early Access later this month, and the hook is that you play as an egg with arms. Yolked is out on October 28 – and promises to scramble up the infamous likes of Getting Over It With Bennett Foddy, I Am Bread, and Heave-Ho.

Yolked is the first game from Hardboiled Studios, and while it’s had a demo build available on the game’s Itch.io page since last year October 28 will mark its first appearance on Steam in early access form. The developer estimates Yolked will spend around “7-8 months” in this form, before releasing properly in Spring 2022 – although this is liable to slip, as many early access games do.

The early access version of Yolked will include “the first stage and a half of the core game” and Hardboiled aims on working with the community to improve things during this time. The final version should contain at least three levels with different designs, more enemies, different game modes, and more lore – yes, there is a story in this game about negotiating a kitchen with an egg.

But words mean nothing: check out Yolked in action below. While it looks a little like Heave-Ho with the character design, in gameplay terms it’s closer to a nightmare physics game like Getting Over It and I Am Bread. Hardboiled describes it as having “mind-numbing controls,” “unforgiving gameplay,” and being a “frustrating, yet addicting experience”.

Expect a fair few let’s play videos of Yolked on YouTube and Twitch later this month with streamers screaming their heads off in anger at the experience, much to our enjoyment. Yolked doesn’t currently have a price, but players shouldn’t have to shell out for much.