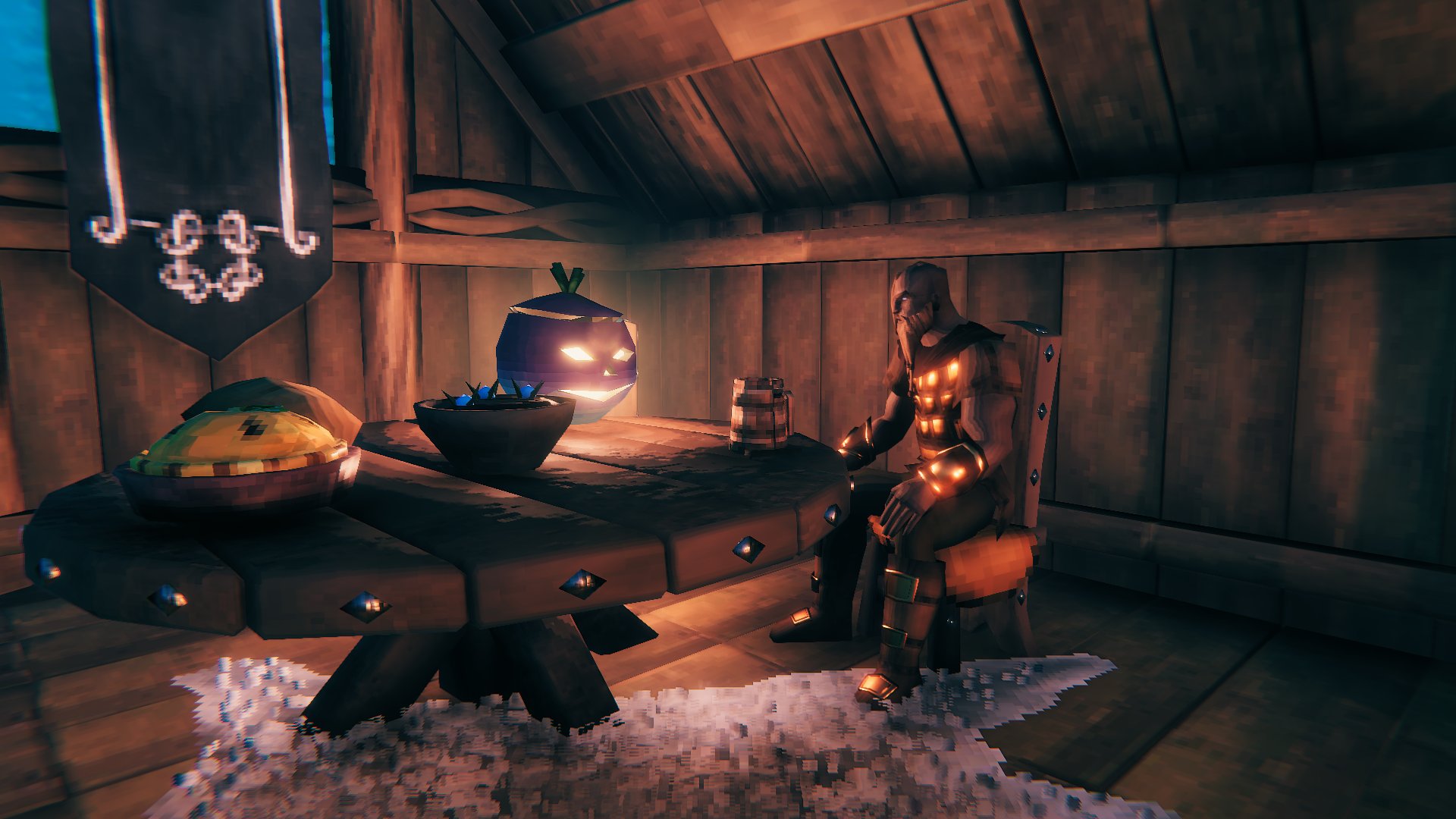 Tis the season for spooky seasonal events, and Valheim is getting into the Halloween spirit. Sure, it’s already got skeletons, wraiths, and an inescapable Viking purgatory, but now Valheim can truly help you prepare for the most all-hallowed of eves with jack-o-lanterns. Er, rather, with jack-o-turnips. The latest patch brings some seasonal charm and some nice quality-of-life tweaks.

As of patch 0.203.10, all melee weapons cost less stamina to use. Players have already figured out some more precise values than what’s disclosed in the patch notes – axes, maces, and swords, for example, have gone from 12, 16, 20 stamina usage to 10, 12, 14. That’s a pretty nice bit of extra breathing room, and there are similar values across most other melee weapon types.

The update also tweaks some food types “based on effort to craft”. Boar jerky, deer stew, wolf jerky, and blood pudding have all been buffed, while minced meat and bread have both been gently nerfed.

And, of course, there’s the jack-o-turnip. It’s like a jack-o-lantern, but a turnip! Historically, turnips were used for jack-o-lantern carving, too, but that’s more of a topic for a Wikipedia article than a Valheim news post.

Lonely #Valheim vikings have now discovered the ability to make friends out of turnips! (And the patch also features a bunch of additional fixes as well) 🎃https://t.co/nUGddzdWIY pic.twitter.com/U0cMyqDqzM

For more Viking games or survival games, you can follow those respective links.