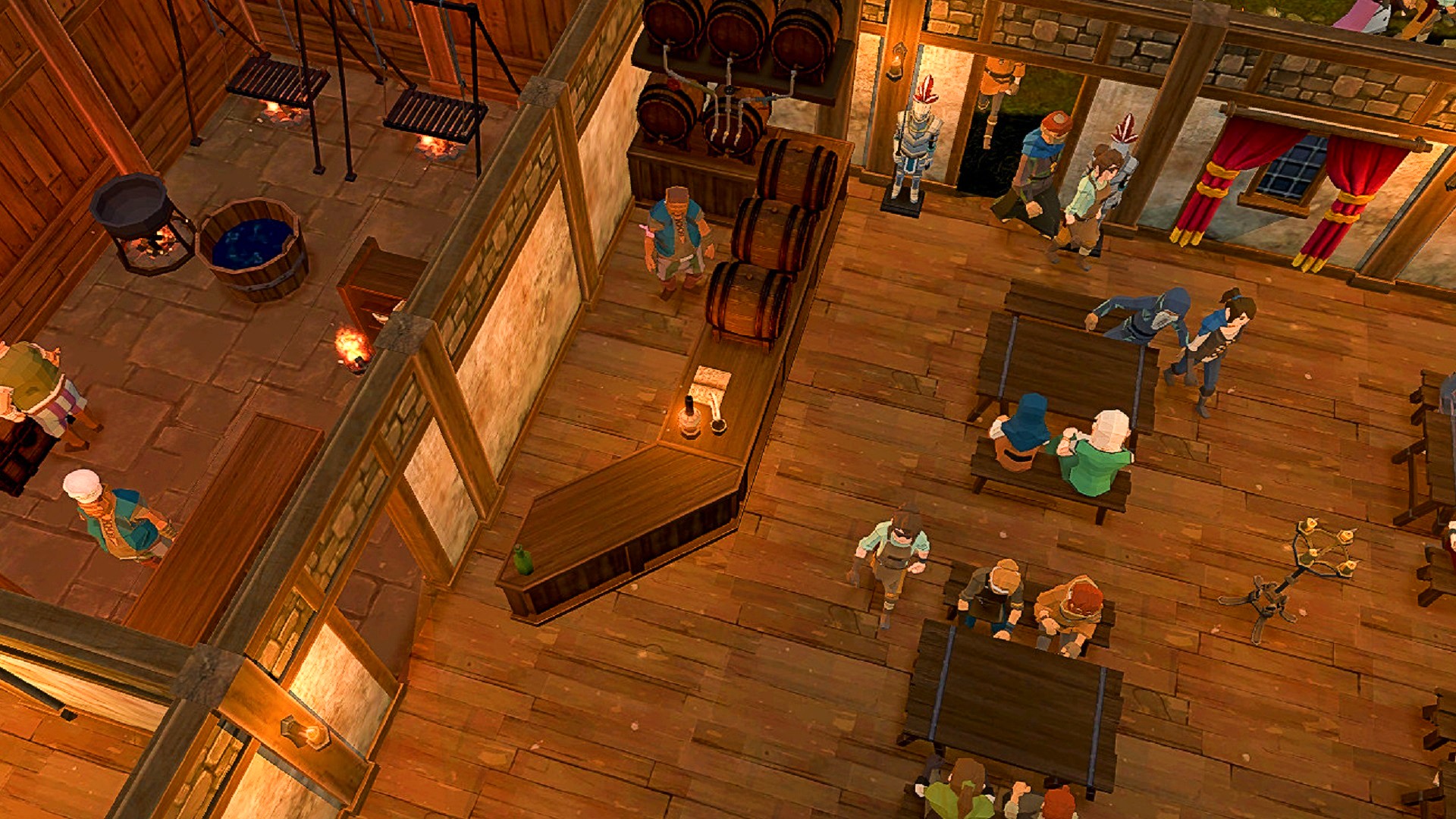 Tavern Master is a chill management game for lazy landlords

There’s not a lot to do during the early stages of medieval pub management game Tavern Master. But as I sit in my seat watching the punters come and go, my staff hustling and bustling up and down my modest establishment, I wonder if this is the life real landlords subscribe to – forever watching, forever tweaking behind the scenes, all so that they can offer the best night out in town.

Tavern Master was the briefest demo we played as part of Steam’s Next Fest, which is a shame because it doesn’t let you sample the good stuff. A simple and brief tutorial teaches you the basics, and then it’s mainly a case of watching the money roll in. You start with water and beer for beverages, but through a research tree that progresses as you serve more punters, you’ll unlock kitchens to serve food, as well as new drinks, events, and the ability to hire more staff.

As management games go this is not the most taxing you’ll ever play. There are no production chains to manage and no disasters to react to. Provided you don’t expand your guest capacity too quickly, there probably won’t be any workflow problems either. There are hints that something might need keeping an eye on – drinks pulled high on tables, staff ‘mood’ metres – but whether it’s due to this being a demo, the early parts of the game, or the fact that it’s still in development, your tavern will largely run itself.