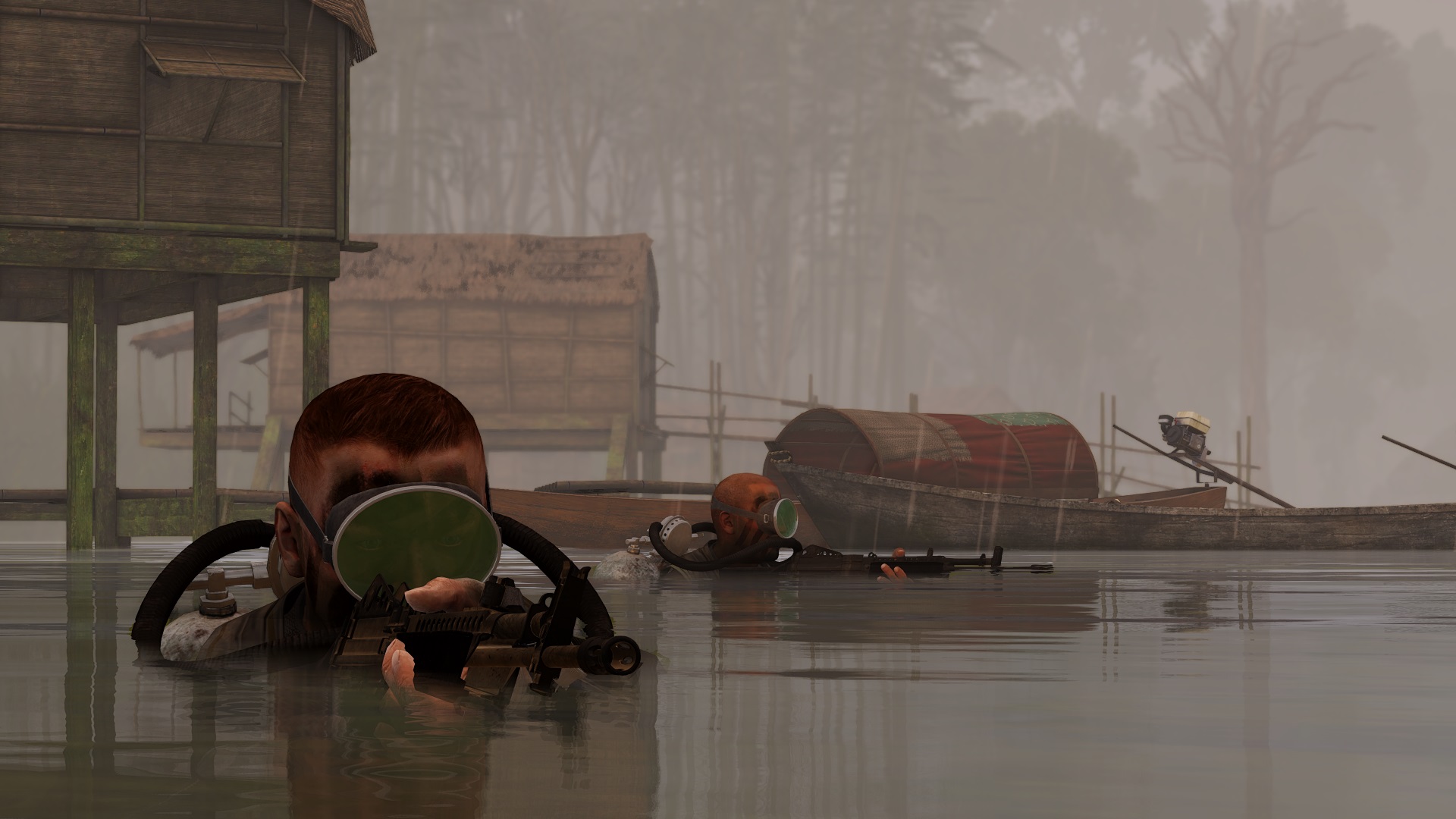 
Arma 3’s latest creator DLC, SOG Prairie Fire, takes the sandbox game back to the Vietnam war. The third party developer that created the DLC, Savage Game Design, has just released a major content update for SOG Prairie Fire that adds in the US Navy SEALs, a bunch of new weapons and vehicles, and a huge new map of the Khe Sanh area in Vietnam’s Quảng Trị province to the sandbox game.

The star of the show is the new Khe Sanh map, which includes about 225 square kilometres of varied terrain in and around the village of Khe Sanh. The patch also adds some new multiplayer scenarios set on the map, so you’ll have a chance to explore along with some squadmates.

The 1.1 patch also adds a new faction, the US Navy SEALs, who come with some new uniforms and weapons. There are some fetching swim trunks and dive masks for scuba missions, as well as the Mk. 1 underwater defence gun – talk about wet work, right? Of course, there are also the M1A1 and M1928 Tommy guns, the commando and LMG variants of the M63A, the MPU machine pistol, and others.

The new vehicles include some classic 1960s coupes and other civilian cars, there are a total of nine new weapons (and variants), four new static weapons such as heavy naval guns, and a bunch of fixes and quality of life improvements to boot. A welcome new feature is the ability to save campaign progress, so you won’t have to start from scratch every time you load up Prairie Fire.

You can read the full changelog over on the Bohemia Interactive forums. You can read a full SOG Prairie Fire review over at Wargamer.