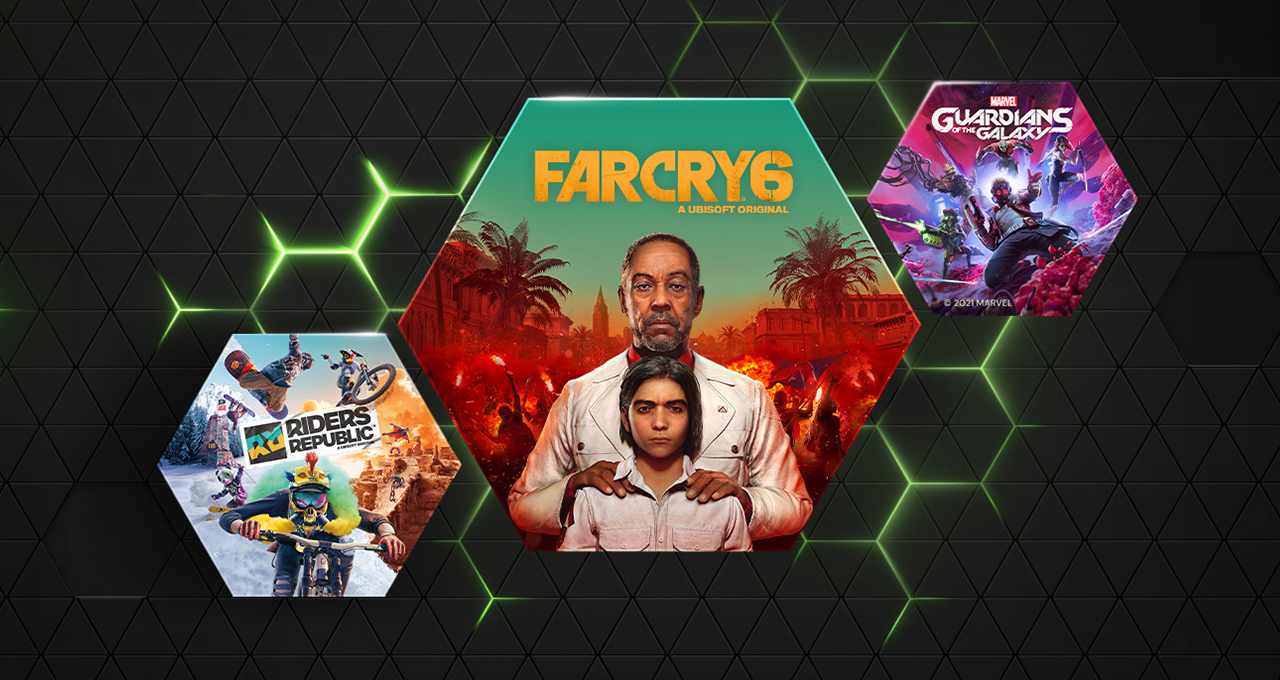 
The leaves are changing, the weather’s getting colder and 23 new games are streaming from the cloud.

October kicks off the way every first GFN Thursday of the month does — with news of great PC games coming to GeForce NOW. This fall’s harvest includes Far Cry 6, Marvel’s Guardians of the Galaxy and Riders Republic, available the day they’re released.

We’ve got so many great games lined up for October, it’s scary.

There are 23 total titles coming to the cloud throughout the month, bringing new releases like Marvel’s Guardians of the Galaxy and Riders Republic. Plus, seven new games join the GeForce NOW library this week, including Far Cry 6, the newest installment in the popular series from Ubisoft.

Check out the full list of games set to stream in October, with the games releasing this week at the top of the list:

While we make every effort to launch games on GeForce NOW as close to their release as possible, in some instances, games may not be available immediately.

In case you missed it, a whopping 59 games were added to GeForce NOW in September, including the welcoming of the EA collection to the cloud.

Don’t sleep on the additional titles that snuck into the GeForce NOW library last month:

Grab your pumpkin spice lattes to go with your games this month and give us your thoughts on the following question:

If October was a game, which game would it be? 🎃

Let us know on Twitter or in the comments below.

The inspiration behind new games in The Jackbox Party Pack 8